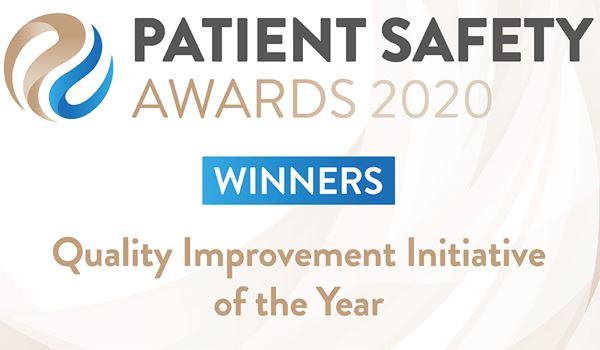 The Improvement Team at West Quay Medical Centre (WQMC) came together during this nine-month project, to focus on an area of service delivery that our Patient Participation Group (PPG) had identified as an area for improvement.

A baseline PPG survey established that 95% of patients considered their care to be good or very good, but that 54% had experienced difficulty in obtaining an appointment

Working in co-production with the PPG was a key feature of the Access Project. A PPG representative was present during our weekly Quality Improvement meetings, and fed back to the wider patient group.

The three main drivers were:

The team considered that patient safety could be improved if we adopted the Principles of Prudent Healthcare more fully, and in particular, ensured equity of access & caring for those with the greatest health need first.

We took a systems approach to patient access, improving patient safety over 75 PDSA cycles of iterative change, all, within existing resources.

We found that public understanding of the different roles of all the AHPs in the team was poor, and that raising awareness of the skills of all team members reduced unfilled appointments, and enabled GPs to concentrate more on patients with complex needs.

The culture at WQMC is such that GP Partners and senior management prioritise resources for QI, and the sustainability of this culture is preserved through home-grown QI expertise.  Front-line ideas drove the access project, and in addition to the Patient Group, our receptionists were key members of the Improvement Team.

The focus on patients as equal partners in co-design of services, use of front-line staff improvement ideas, and small tests of change  added real quality to the project,  and improved patient access as well as staff engagement at a time of increasing workload in Primary Care.

West Quay Medical Centre is celebrating today (Friday 21 September 2018) after winning an NHS Wales Award at the eleventh anniversary of the awards.

Cabinet Secretary for Health and Social Services, Vaughan Gething, who attended the ceremony, said, “The NHS Wales Awards are a national showcase for excellence and celebrate best practice in improving patient care across Wales. It’s a great opportunity to learn from each other and recognise the inspiring innovation of our NHS staff.

“Every finalist should be proud to be shortlisted for an award. I am humbled to see such passion and dedication to improving services provided across Wales. This is even more important and of even greater value with the increasing challenges that we face across our health and social care system”.

The NHS Wales Awards are organised by 1000 Lives Improvement, the national improvement service for NHS Wales delivered by Public Health Wales. The Awards were launched in 2008 to celebrate the 60th anniversary of the NHS and recognise and promote good practice across Wales.

Entries were received from a range of organisations, revealing a high standard of innovative and diverse work that is transforming patient care across Wales.

To read more about all of the winners visit www.nhswalesawards.wales.nhs.uk

Colleagues at West Quay Medical Centre asked their patients what they felt about access to GP appointments, using a “Survey Monkey” questionnaire: 52% reported difficulty making any appointment, and 35% reported difficulty seeing the same GP (continuity of care). However, once patients had accessed a GP, 89% rated the service as either excellent or very good/good.

Following the feedback, the team at West Quay sought for an understanding of how much GP time was used per day on medication-related tasks, and examined models for a safer and more efficient repeat prescribing process.

Baseline data was collected and sequential Plan, Do, Study, Action (PDSA) cycles were planned as small tests of change to the way that the GPs work. A number of changes were implemented as a result of the PDSA cycles, which culminated in the employment of a full-time Pharmacist as part of the Primary Healthcare Team. Alongside the new post, a new repeat prescribing process was implemented to optimise use of the practice Pharmacist’s time and skills.

The new addition to the team - a Pharmacist focusing on medication reviews and prescription administration - has had a great impact on the practice, releasing 109 mins/day (or 11 extra GP appointments/day) and facilitating GP triage of all appointment requests, enabling more prudent use of the wider healthcare team. GP time released allows longer appointments for patients with complex co-morbidity.

Similarly, the impact on patients has also been substantial: improved access to GP appointments, new access to Pharmacist, better continuity of care, and improved process for medication reviews - patients have only those tests and monitoring appointments they need, and no more.

Advice in your region

Get the latest NHS information and advice about coronavirus (COVID-19).

Get a test to check if you have coronavirus on GOV.UK

Book a coronavirus vaccination if you have been invited

Find out about the main symptoms of coronavirus and what to do if you or your child has them.

Get a test to check if you have coronavirus, understand your test result and find out what to do if you're contacted by NHS Test and Trace.

Advice for people at higher risk from coronavirus, including older people, people with health conditions and pregnant women.

Book your coronavirus vaccination, read about the vaccine and understand what will happen on the day of your appointment.

Advice for people at higher risk from coronavirus, including older people, people with health conditions and pregnant women.

Find out about the long-term effects coronavirus can sometimes have and what help is available.

Advice about avoiding close contact with other people (social distancing), looking after your wellbeing and using the NHS and other services.

Find out about health research studies and how you may be able to take part.

Information about restrictions and tiers in your area.